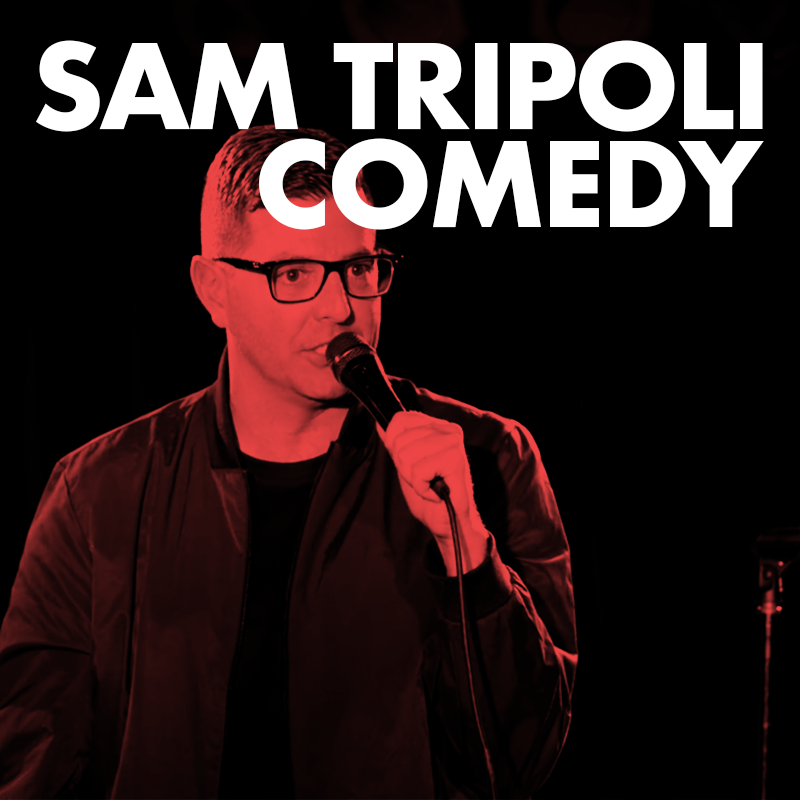 Sam Tripoli is a Father, Comedian,Writer, Producer, Host, and Podcaster. Sam was born in ( Insert date here) and grew up in Cortland, New York. Sam moved to Las Vegas and graduated from UNLV with a degree in Psychology in 1997, he began doing stand-up comedy in Las Vegas one night on a dare. After hosting weekly shows on the strip, he moved to Los Angeles in 2000 and began working at The Comedy Store. Sam is now an international headliner who performs regularly throughout Los Angeles and the US. He’s was a part of The Monsters of Comedy, Rock Stars of Comedy and with a USO Tour of Afghanistan organized by Vince Vaughn. He has the comedy albums “Crimefighter” “Believe in Yourself” “The Diabolical” “Zero F*cks” and “Armogeddon“